I’ve been trying to publish this since I wrote it almost a month ago, but it’s been difficult for obvious (and some not-so-obvious) reasons. I’m publishing it today because I can’t stand to be silent any longer. Especially because the deluge of revelations from so many brave women and men has not slowed down in the time since the “me too movement” began. So in solidarity, I say, “me too!”

“Me too.” Who knew two tiny words could be so powerful?

I know what it’s like to be looked at. But not just looked at… Looked through, as if you don’t really even exist as a person.

I know what it’s like to be stared at in a way that makes you feel like you want to crawl so deeply inside your own skin, no one will ever see you again. I knew what that felt like even as a little girl, too young to know why their wandering eyes made me so uncomfortable.

I know what it’s like to have someone who is in a position of power and authority use it to make unwanted sexual advances toward you. It’s terrifying when it is someone you have to depend on for any reason.

I know how it feels to think you have no choice but to “deal with it” or “suck it up” because “that’s just the way it is.” As if “dealing with” someone else’s inability to control their impulses is somehow the responsibility of the victim.

I know what it’s like to have despicable, demeaning, degrading things said to you about your body, and be helpless to stop it. I can’t even count the amount of times I’ve been reduced to body parts in my life.

I know what it’s like to be commoditized and dehumanized, not only by an abuser on a personal level, but also as merely a collection of female body parts on a societal level. I also know this perpetuates rape culture because it’s easier to use, abuse, and oppress someone who’s not really even a human being in your eyes.

I know what it’s like to be gaslit into believing it’s no big deal when men and boys say “those things” about girls and women because “boys will be boys” and they don’t really mean anything by it. Somehow there’s always an excuse for the offense, yet being offended is inexcusable.

I’ve felt the confusion of wondering if my discomfort with the way a man was looking at or speaking to me was an overreaction. I know how it feels to jeopardize your own safety because you’ve been convinced you’re “just being silly.” And I know what it’s like to blame yourself for jeopardizing your own safety afterward.

I know how it feels to be taught my consent was not necessary, and, essentially, my body was not my own. We teach children they don’t have the right to choose whom they will bestow what types of physical affection upon every time we insist they hug their uncle or kiss their grandma. (That’s all it takes to send that message to a child.)

I know what it’s like to choose what I wear carefully, so not to arouse any male interest, because society tells me it’s my responsibility to control how a man acts on what he “feels” when he sees me. I also know it does not matter what I wear in the least, because I’ve been sexually harassed while wearing a large sweater or t-shirt and baggy jeans with no make-up on before.

I’ve felt the burden of analyzing every look, word, and move a man makes in an attempt to discern his intentions and keep myself safe. I’ve learned the painful lesson that you can’t always tell who wants to hurt you, no matter how analytical you may be.

I know what it’s like to wake up in the middle of the night being groped by someone you thought you could trust. I know the sheer terror of trying to pretend you’re rolling over in your sleep so maybe he’ll stop, because you don’t know what else to do.

I know how it feels to have no one to turn to, because they’re the ones who taught you it was your fault when these things happened to you in the first place. It’s a kind of terrifying loneliness I can never seem to put into words.

I know what it’s like to be raped. I know how it feels to have someone you thought was your best friend violate you in the most intimately brutal way.

I know how it feels to be told “I love you” repeatedly while being raped. I can’t describe the horror of being trapped beneath a man who claims to love you while simultaneously stripping you of your power and humanity with each unwanted, unwelcome thrust.

There are far too many of us whose stories, like mine, run the gamut between being leered at lasciviously and full-on rape. No one should have to feel the soul crushing weight of being objectified and dehumanized. Ever.

It’s time to let go of the shame we feel as victims, because we are not the ones who should be ashamed. We can and must speak up, and stand together as survivors and allies against these predators who have bullied us into silence for too long.

We must break the societal cycle of victim blaming by holding those actually responsible for the crime accountable. It is the perpetrators who should be blamed every single time. Never the victim! Rise up. Stand together. Speak out. Fight back. 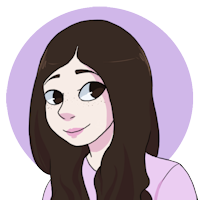