When you have been abused, the tendency is to blame yourself. Why?

As with anything, there are multiple reasons victims of abuse might blame themselves. For one, people who are abusive must try to make their targets believe it is their fault, so they will be less likely to fight back or tell someone what is happening to them. If you think you are the cause, why would you tell someone about it?

For example, when I was a child, I was so convinced I was to blame for my father’s rage and other abusive behaviors, I never would have dreamed of telling anyone for fear they would agree with him and confirm that I deserved it. Instead, I did everything I possibly could to prove him wrong, so I could receive positive reinforcement from others without having to admit the awful truth about myself: that I was actually an “incompetent idiot” who “couldn’t do anything right” and would likely “never amount to anything.”

The narcissist must believe, and therefore, convince you the problem is “not them; it’s you.” Realistically, it’s the other way around, and they are never going to change, because they refuse to acknowledge anything that’s wrong with them. And you can’t fix what you won’t admit is broken. Here are some other reasons you might blame yourself, but I promise that it’s not you. It’s them.

Narcissistic injury is caused when the narcissist perceives an attack or a threat (real or imagined) against them, generally leading to narcissistic rage. Because they perceive something you said or did as a personal attack, they believe they are justified in abusing you because, in their mind, you started it. That’s right. Take it all the way back to the playground, because that is the mentality with which you are now dealing. You said something to hurt their feelings, whether that was your intention or not, so now it’s on. In reality, what you said could have been totally innocuous, but if they perceive it as an attack, a threat, or even just a mild criticism, they will feel well within their rights to retaliate against you with abuse. Healthy people do not “retaliate” against others, especially over something as insignificant as a mistake, misunderstanding, or criticism. This is how you know there is something wrong with them, not you.

But the Narcissist is Never Wrong

You and I both know this is definitely not the case; however, the narcissist does not. Aside from being a useful tactic in ensuring your silence, victim blaming also shifts responsibility for their inappropriate actions to someone else. This is necessary to maintain the facade of their “false self.” As I said, they think you deserve whatever they dish out because they can’t possibly be wrong. Reasonable people know they are flawed, because no one is perfect, and they accept that they will make occasional mistakes. However, when your ego is that fragile due to the pressures of constantly hiding your inadequate “true self,” it is far too painful to admit your shortcomings, which brings us back to narcissistic injury and narcissistic rage. They will never stop abusing other people, because they will always find a way to make it their victim’s fault. That’s how you know you are not actually to blame, and the problem is theirs alone.

The Narcissist is Always the Victim

In keeping with the theme, the narcissist is a perpetual victim…of the world, so of course their abuse of others is always warranted. The world (and everyone in it) obviously owes them something, and they are going to collect by any means necessary. This is probably compounded by the fact that they were likely victims of similar abuse in their own childhoods, so they really do feel like the perpetual victim of circumstance, because they can’t understand that they have the power to change their lives now. Further, when their own abusive and exploitative actions come back to bite them, it provides them with the ideal excuse to play the victim again. I think narcissists believe that being the constant victim automatically absolves them of any responsibility for their actions. “Look what you made me do!” Sound familiar? It’s all about shifting the blame to the target and becoming the victim themselves, so they never have to be wrong or accountable for the consequences of their behavior. Healthy people won’t try to destroy you over a simple disagreement, misunderstanding, or mistake. On the other hand, those who take everything as a personal affront will, which is another way you can tell that it’s not you. It’s them.

Gaslight Special on Aisle Me

Narcissists love a good gaslight, and they won’t hesitate to tell you all of their excuses for abusing you straight out because, as we’ve established, it is all your fault anyway. For instance, if you could just learn to keep your mouth shut, they wouldn’t have to teach you a lesson. You know how much it bothers them when you question them, and you probably even did it on purpose because you like the drama. Or maybe it’s because they love you so much that it makes them uncontrollably angry when you disagree with them, talk to someone else, find a hobby, get a job, make a new friend, or have any outside interests at all. They can’t control their reactions because they are so passionate about you. (Don’t be flattered by that, by the way. It’s not real.) Just remember, we all have emotional reactions to things other people say and do. The difference is, healthy people don’t act on their emotions in an abusive way. Narcissists, abusers, and other toxic people shift the blame for their actions to others, so they don’t have to take responsibility for their abusive behavior. That’s how you know it’s definitely them and not you.

In addition, there is no doubt that we live in a victim blaming society. You quite literally can’t get away from it. When a woman is sexually assaulted, why does the first question people tend to ask have to do with the clothes she was wearing? Or, does it really matter if she was drunk or how much she had to drink that night? Is a woman ever actually “asking for it”? (Just in case you’re stumped here, the answer is a solid “no.” Unless she literally asks you for sex, she’s not asking for it. Case closed.) Why are there people who blame the victims of police brutality instead of blaming the police for using excessive force and not training officers to diffuse and deescalate situations? That is, after all, their job. To put it simply, those who value traits like loyalty and obedience to authority over compassion and empathy are more likely to blame the victims of crimes or abuse, rather than the actual perpetrators. Therefore, it stands to reason that society would have a vested interest in pushing the victim blaming narrative. (Read more on societal gaslighting.)

As I touched on in my last blog post, narcissists look for a specific combination of characteristics they can exploit. Universally, they choose people who are authentic, trustworthy, trusting, optimistic, kind, empathetic, compassionate, responsible, hardworking, respectful, respectable, generous, and vulnerable. People who possess these traits are likely to project them on to others, as well as be more prone to look for the best in everyone, and narcissists use this to their advantage. Does it seem as though there is anything wrong with a person who possesses all of these wonderful qualities? I would argue that being such a person actually means there is something very right about you. If you have these traits and a history of abuse, you’re basically the perfect target, because the narcissistic abuser doesn’t have to spend the time to groom you. All of that hard work has already been done for them by your previous abuser, which means more time to play with your emotions and suck the supply right out of you. It also means it takes much less effort to convince you that you’re the problem, because someone else has already done that for them, too.

All of this muddies the waters, blurs the lines, and creates intense confusion, as it is meant to do. The fact that our culture often casts doubt on victims, does not make it right. We have been brainwashed to believe it’s warranted in certain cases, but it never is. The victim is never to blame for the behavior of the perpetrator of the crime or abuse, because that implies that anyone has any power or control over the actions of other people, and that is unequivocally untrue. In fact, that is a flagrant control tactic used by oppressors against those they are oppressing.

Please do not ever blame yourself. You do not deserve to be abused or mistreated in any way or by anyone. You deserve to be loved and treated with kindness and compassion. Take an honest look at the situation, relationship, and the other person or people involved before you continue to try to fix something you didn’t break in the first place. Please believe me. The problem is not you because people are interchangeable to narcissists and other abusers. All they care about is getting their supply or fuel from you. And that is how you know for sure that it’s not you; it’s them. 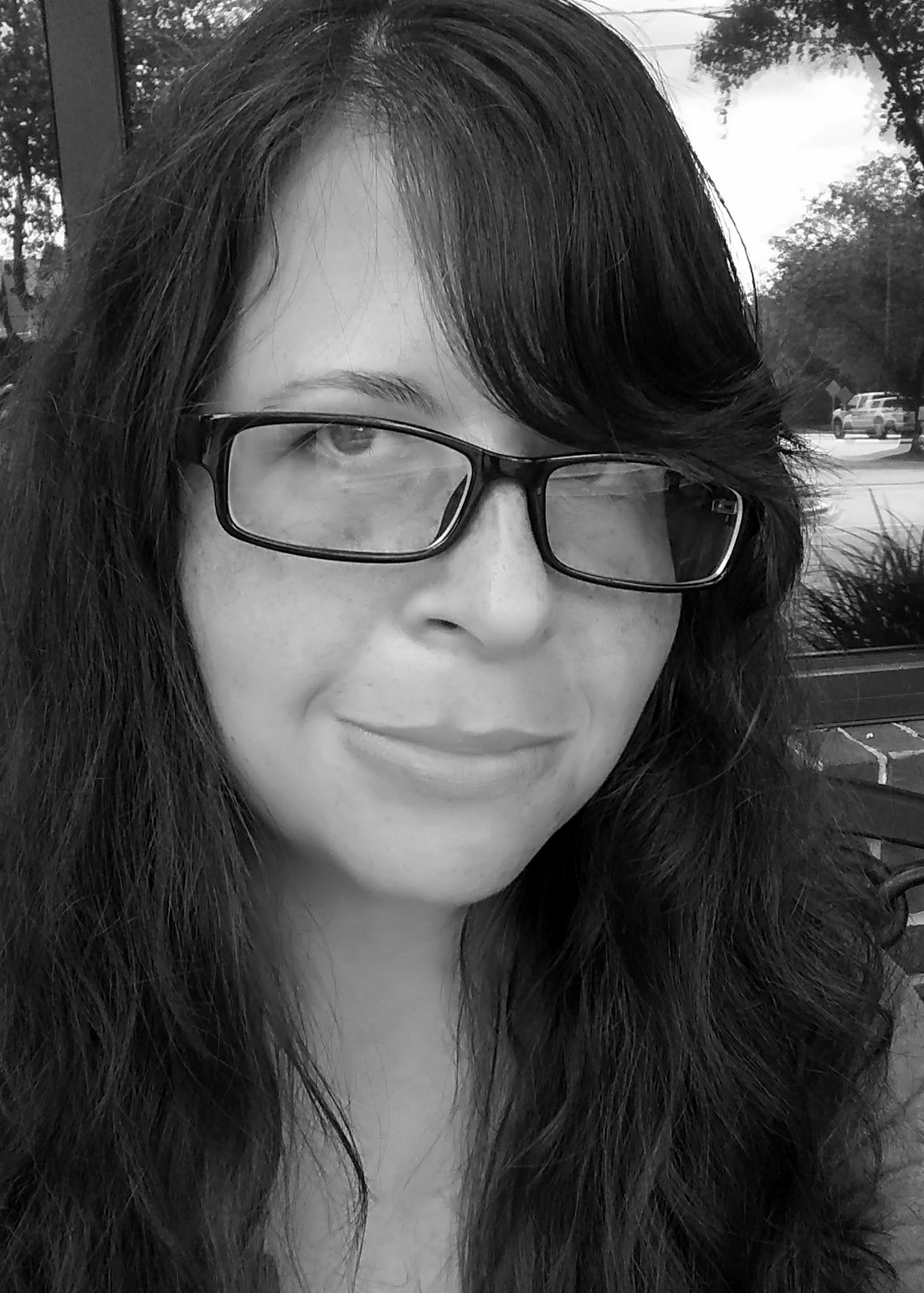