For an explanation of gaslighting on a larger scale, please see my most recent HuffPost article, “Gaslit Nation”. 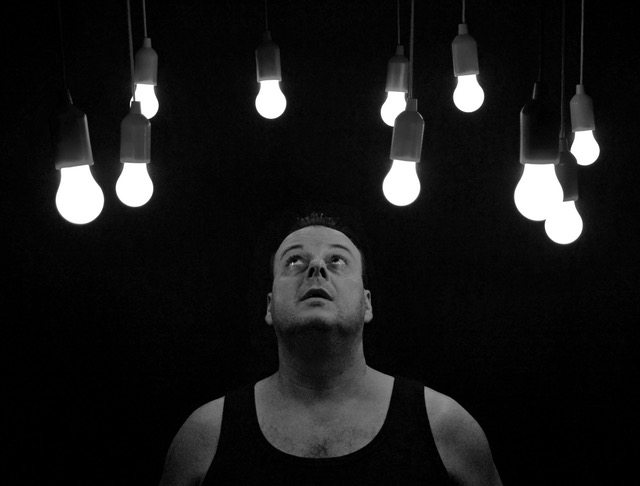 The worst part about “waking up” to realize you have been abused by a narcissist (or otherwise toxic person) is, perhaps, the number of times it occurs after the initial awakening. In fact, once you catch a glimpse of what’s “behind the curtain” and actually comprehend its meaning, it feels like it just keeps happening, because you can never “unsee” it. When you become aware of an abusive behavior pattern in one person in your life, you will start to recognize it in other people and relationships, as well, if it exists. You may wonder if you’re imagining it due to the effects of the gaslighting you have no doubt endured, but it doesn’t just seem like it’s everywhere. It is everywhere. This is partially because you have been victimized by an abuser; therefore, you are more likely to attract other abusers as you have already been groomed, making you an easy target. Do not let anyone convince you that you only see it now because you are paranoid or delusional. Instead, take that reaction as a red flag and be more cautious of that person.

If you are noticing it more now, it’s because you know what it looks like, and you have probably picked up quite a few of these parasitic strays throughout the course of your life. If you come from a narcissistic or toxic family, you are likely one of just a few scapegoats, if not the only one. This can make it appear as though you must be the problem, to yourself as well as others. After all, how could it possibly be everyone else? Simple. Personality disorders and mental illnesses tend to run in families, so if you’re the only one who can see the truth, congratulations. You may be alone in your family of origin, but you are not alone in the world. There are large numbers of us, all at various stages in our recoveries.

When I began my healing journey approximately five years ago, I learned I had been “programmed” to believe I deserved to be mistreated (among other things), so I failed to recognize certain behaviors as abusive up until that point. Then, about a year ago, I stumbled onto some information about Narcissistic Personality Disorder (NPD) and narcissistic abuse, and the pieces really started falling into place! Since then, I have come to the depressing realization that the overwhelming majority of people I have known the longest are toxic, and I’ve been systematically removing them from my life as I discover them. It feels like there will be next to no one left when I’m finished. There have been times I have second-guessed myself and wondered if I’m overreacting. However, I know that is the result of a lifetime of gaslighting, so whenever I feel self-doubt lurking, I ask myself these questions: Why am I cutting this person off? Do they consistently make me feel badly about myself? Do they continue to do things they know are hurtful to me? Do they engage in abusive behavior?

Whether they understand what they are doing or not, if their behavior is abusive, they are detrimental to my recovery process, as well as my mental health and well-being; therefore, I must protect myself from them and their actions. If they do any of the following, I know I’m not “overreacting” or being unreasonable:

As I mentioned, not everyone who engages in these abusive behaviors understands that what they are doing is wrong; however, that doesn’t mean they should get a free pass. On the contrary, you must be just as vigilant with someone who doesn’t know they are destructive as you are with people whose central objective is to destroy. No one has the right to mistreat or abuse you, no matter who they are, what your relationship is, or what they have been through, even if they don’t recognize their own actions as abusive, and they certainly cannot demand to stay in your life. It is your life and your choice to make.

Unfortunately, it is not always possible to go “no contact” with someone who is toxic. Perhaps they are a coworker or someone else with whom you must interact. In these situations, going “gray rock” may be the best solution. For those who have never heard or seen the expression, going “gray rock” simply means making yourself about as interesting to the narcissist (or abuser) as a gray rock. This means not discussing anything personal or interesting with that person. It also entails not reacting when they inevitably attempt to provoke you or ensnare you in an argument. The goal is to stop supplying that person, so they will eventually grow bored with you and move on to the next target.

Frequently, people from your past will attempt to keep you locked into that time for their own selfish purposes. More than likely, it is because your truth threatens the lie they are continuing to live. They may minimize or deny the abuse you suffered to protect themselves from having memories of their own abuse, for instance. It can be difficult to admit you’ve been the victim of abuse, especially if it is a “normal” part of your life. If you feel something is “off” or wrong, do not second-guess yourself. I know it hurts, but allow the toxic and abusive people to leave your life, or leave them first. Once you have rid yourself of toxicity, parasites, and abusers, there will be space in your life for genuine, healthy people who will support you and care about you. Believe me, I understand how frightening it is. I’m scared, too. Nevertheless, I can no longer allow abusive people to have free reign to wreak havoc on my life.